A while ago I wrote about my poor little Eli dog; our Yorkie who is medicated for seizures and jumps wildly at the drop of a feather with anxiety.

If you missed that post I’ll update you real quick:

In July of last year we made it a rule that Eli can’t be on our bed or the couch or anywhere that’s more than a few inches off the floor unless someone is holding him. The reason being, when Eli ends up somewhere like that he’ll jump down without thinking twice, smack his baby noggin, and go straight into a seizure. I’m not even exaggerating at all. But I’m super stoked to report that he actually hasn’t had one single seizure since enforcing this rule.

Subsequently my dog wants absolutely nothing to do with me, like he completely resents me over this deal. He mopes around the house more often than not. Anything other than moping, is him sleeping or spastically eating canned dog food.

If a dog can experience confusion and perhaps depression, Eli’s there.

And try as I might, because Eli’s a dog, I just can’t convince him that this is in fact for his own good.

Boy how symbolic this has been of my own walk with God at times. There have been seasons in life where God has put up roadblocks and warnings for the benefit of my own good, but I’ve completely missed acknowledging the betterment of it all.

Instead there’s almost this questioning attitude toward God, similar to Eli’s behavior with me.

I’m thinking more recently how so many of us feel disappointed regarding the election outcome and how our government stands at this point. There’s a lot of unrest and discouragement within many of us, especially as Christians.

And (to my surprise) when I studied the word submission here’s one of the top scripture write-ups that showed up — repeatedly.

Let every person be subject to the governing authorities. For there is no authority except from God, and those that exist have been instituted by God. 2 Therefore whoever resists the authorities resists what God has appointed, and those who resist will incur judgment. 3 For rulers are not a terror to good conduct, but to bad. Would you have no fear of the one who is in authority? Then do what is good, and you will receive his approval, 4 for he is God’s servant for your good. But if you do wrong, be afraid, for he does not bear the sword in vain. For he is the servant of God, an avenger who carries out God’s wrath on the wrongdoer. 5 Therefore one must be in subjection, not only to avoid God’s wrath but also for the sake of conscience. 6 For because of this you also pay taxes, for the authorities are ministers of God, attending to this very thing. 7 Pay to all what is owed to them: taxes to whom taxes are owed, revenue to whom revenue is owed, respect to whom respect is owed, honor to whom honor is owed.

Notice those words Paul used…respect…honor…and those words were in reference to governing authorities. I’ll be the first to admit I don’t like the sound of that right now.

I realize Paul was writing encouragement to those of his own time but I believe this piece is included in the Bible for our present good and direction too.

Obviously if government is forcing us to disobey God we are not called to do so. On the flip side we must try to live at peace so long as there’s no conflict to our beliefs as Christians.

We may not like where things are headed but there are going to be some things in place that we can’t get around. I’m not a fan at all when I think of the likelihood of paying higher taxes. This is where submission plays in, like it or not…but it’s what God’s word shows us to do.

Contrastingly a mental red flag goes up as I consider the government approval on abortion support, a topic I strongly disagree with. In this very thing I have every right to stand against this idea but I must do so responsibly, not irrationally. Thinking of things like this takes courage and a humble approach. But we do these things for God — not man, not government.

Our SUBMISSION must always be built from the foundation of God’s ways, anything that goes against His way gives us the opportunity to HUMBLY take a standpoint from His angle hoping to show others Jesus in the midst.

I’ve heard my kids spew words of irritation and hate too much lately regarding their concerns, probably much of what they’ve heard from their Dad and me. I can’t be raising hostile hearts. My home needs to be a place for kindness, not madness.

Perhaps this election was put into place as a time for us to practice humbleness and to stretch our faith in the Lord — full reliance on God and His truth sounds pretty obedient and desirable to me.

We need the direction of God’s word in our lives, otherwise we’re rampant cannonballs just waiting to unleash…which brings me back to my sweet little Eli. No doubt my dog is distressed over changes in his own tiny world BUT the thing about Eli is that he remains calm and cool through it all which in turn is furthering his life. He may be a touch on the edge of defiance towards me right now but I wouldn’t ever desert him regardless…neither will God with any of us as we submit humbly — solely keeping inline with His word.

Together let’s pray for hearts that represent Christ well during these times. 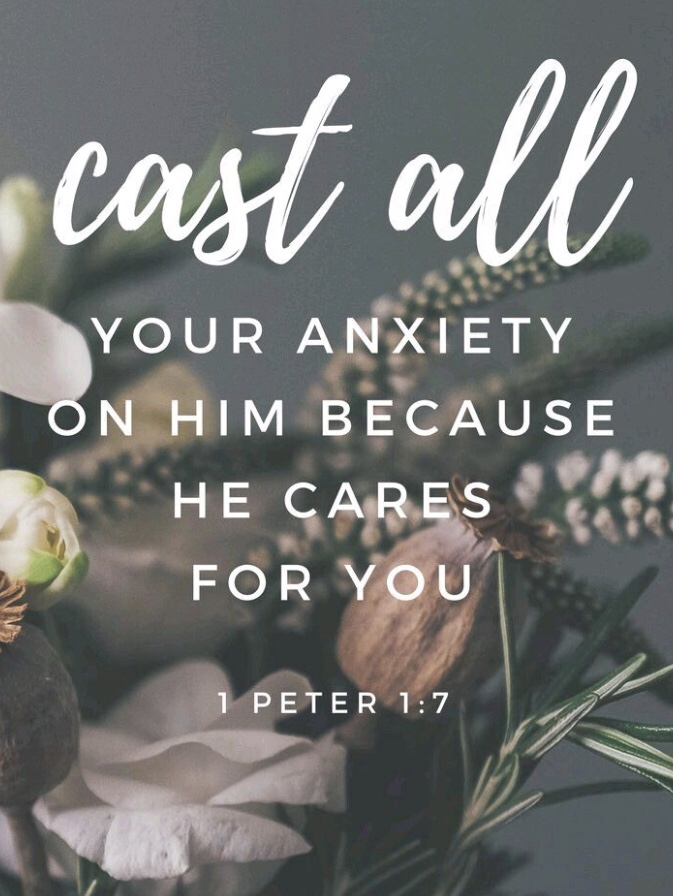 For years I’ve been such a control-freak and I’ve written about it openly in past blog posts. If our world has shown me anything lately it’s that I’m learning I have little control over much.

Sure I can control my choices, my attitude and my response, but apart from that I have no say.

He is fully prepared. All-knowing. Powerful. The perfecter of control.

Jeremiah 29:11 says, ‘For I know the plans I have for you, declares the Lord, plans for welfare and not for evil, to give you a future and a hope.’

The real truth is that ultimately God has and is in control over every single little detail and part of life, and I’m actually finding such peace in seeing that I have control over very few things. Trying to take control of “things” or areas of life is exhausting. The sobering part of this is that in realizing I have minimal control, it’s forcing me to rely heavily on Jesus — knowing, trusting and believing that He has got absolutely everything in His hands, and in His care and His perfect control.

I’ve had a lot of people tell me lately that they’re living in fear, and I (myself) just haven’t been. But I think it’s because I’ve been drawing my strength from the Lord by reading His word and through prayer and reading devotions. I’m certainly frustrated by the circumstances of our world but it’s not causing me fear or anxiety. 

It may seem like God is dragging His feet during these times but scripture shows that God’s not worried about time. His “concern” is that we surrender and become obedient. It’s not our right to groan about His timing. He’s been faithful throughout Bible history, He has in the years since and will continue to.

When we become impatient regarding God’s timing we can hold onto these scriptures:

Psalm 90:4 ‘For you, a thousand years are as a passing day, as brief as a few night hours.’

Hebrews 13:8 ‘Jesus Christ is the same yesterday, today, and forever. ’

Romans 8:28 ‘And we know that for those who love God all things work together for good, for those who are called according to His purpose.’

If there is change happening, it’s within us — God is simply unchanging and He is faithful.

For a recovering control-freak all of these scripture-truths are good news as I lean into my faith — trusting in God’s flawless plans more than ever.

May any changing happening be for the better, drawing us nearer to Him.

I’ve been kind of a mess lately.

I’ve had corrupt thoughts when I should’ve taken them captive to make them obedient to Him.

I’ve been impatient when I should’ve just prayed.

Spoken words I shouldn’t have while praises were never considered.

Even now this isn’t how I’d love to start off a post but reality and truth must trump comfort if thriving-hope is sought.

Someone recently suggested that it seems I’m overwhelming myself with too much busyness. Ya that could be.

I haven’t been able to navigate through my heart to limit my emotions and concerns.

I humbly share this with you though because in the midst of my crummy attitude I’ve continued to read from God’s word—studying scripture, and reading daily devotions regardless.

And here’s the verse that continually sweeps across my thoughts:

‘So is my word that goes out from my mouth: it will not return to me empty, but will accomplish what I desire and achieve the purpose for which I sent it.’ —Isaiah 55:11 END_OF_DOCUMENT_TOKEN_TO_BE_REPLACED